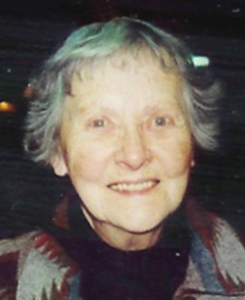 Established in 2001, the Joan Donley Midwifery Research Collaboration (JDMRC) is the evidence arm of the College and provides the framework and secretarial support for the College’s research programme.

Set up in honour of Joan Donley and her commitment to an evidence-based midwifery profession, its core purpose is to promote the development of midwifery research, and thereby the provision of evidence for practice, in New Zealand’s unique maternity service context.

The JDMRC provides a mechanism for collaboration between researchers, midwifery educators, schools of midwifery, universities, hospitals, district health boards and the profession to evaluate and research the effectiveness and appropriateness of midwifery practice and policy.

Joan Donley was a midwife, social activist, lobbyist, political consultant, homebirth advocate, writer, researcher, mentor and visionary. Born in Canada, she trained as a nurse and worked in general and maternity wards before immigrating to New Zealand with her family in 1964. She gained her midwifery diploma in Auckland in the 1970s and became one of only three domiciliary (home birth) midwives in the country.

During the 1980s and ‘90s she challenged midwives to step out from under the nursing umbrella and reclaim midwifery as an autonomous profession. She was a strong advocate for forming an organisation that would enable this to happen and also for developing direct-entry midwifery education.

Her dedication to midwifery and home birth were recognised in 1990 when she was awarded the OBE. Joan Donley died in 2005, aged 89, but her legacy and her commitment to evidence-informed practice lives on through the Joan Donley Midwifery Research Collaboration.