International Day of the Midwife – “Follow the Data, Invest In Midwives” Media Release

College of Midwives Says “Follow the Data, Invest In Midwives”

5 May – International Day of the Midwife

Fewer interventions in labour, reduced maternal and neonatal morbidity (illness, injury), improved psycho-social outcomes and increased contraceptive use; these are just some of the documented positive outcomes of a midwifery-led maternity service.

These facts are supported by research which is part of the theme for this year’s International Day of the Midwife (May 5th) – follow the data, invest in midwives.

College of Midwives Chief Executive, Alison Eddy, says investing in midwives is not only about pay.

“It’s about progressing the mahi being undertaken around developing and implementing a new funding model for community-based midwives; it’s also about recognising and understanding the work midwives do and how essential they are, and it’s about appropriately resourcing the sector so midwives can do the job they are highly trained to do,” she says.

Aotearoa New Zealand’s midwifery-led maternity model is acknowledged around the world as being the very best.

The dedicated work of core midwives in hospitals and primary maternity facilities is key to the success of the New Zealand model of maternity care. Employed midwives who have specific expertise in complex pregnancy, labour and birth, and early postnatal care, support women in maternity facilities and in community teams.

The College acknowledges the work being done by the midwives’ union MERAS, as getting the best employment conditions for midwives will support them to provide optimal care to women and babies. “There are significant recruitment and retention issues for the midwifery workforce across Aotearoa. Addressing these through better remuneration and working conditions for both hospital and community-based midwives is of paramount importance” adds Eddy.

“Our continuity-of-care model leads the world,” she says. “Seeing the same midwife through your pregnancy, labour and six weeks after a baby is born, is a key part of why New Zealand outcomes are so good. However, we need an appropriately resourced midwifery-led service to be able to deliver the best outcomes,” says Ms Eddy.

UK research published late last month¹ looking at the continuity-of-care model has found, “Community-based continuity models of care may reduce stress and anxiety through familiar, less-medicalized environments that are easier to access, and enhance the strengths of community and peer support.”

“We are midwives together, working in the community and in DHBs, with women and babies at the centre of what we do.  Using data, research and lived experience, let’s all work together to strengthen the midwifery-led maternity service, supporting women and their whānau on their life-changing journey,” she says. 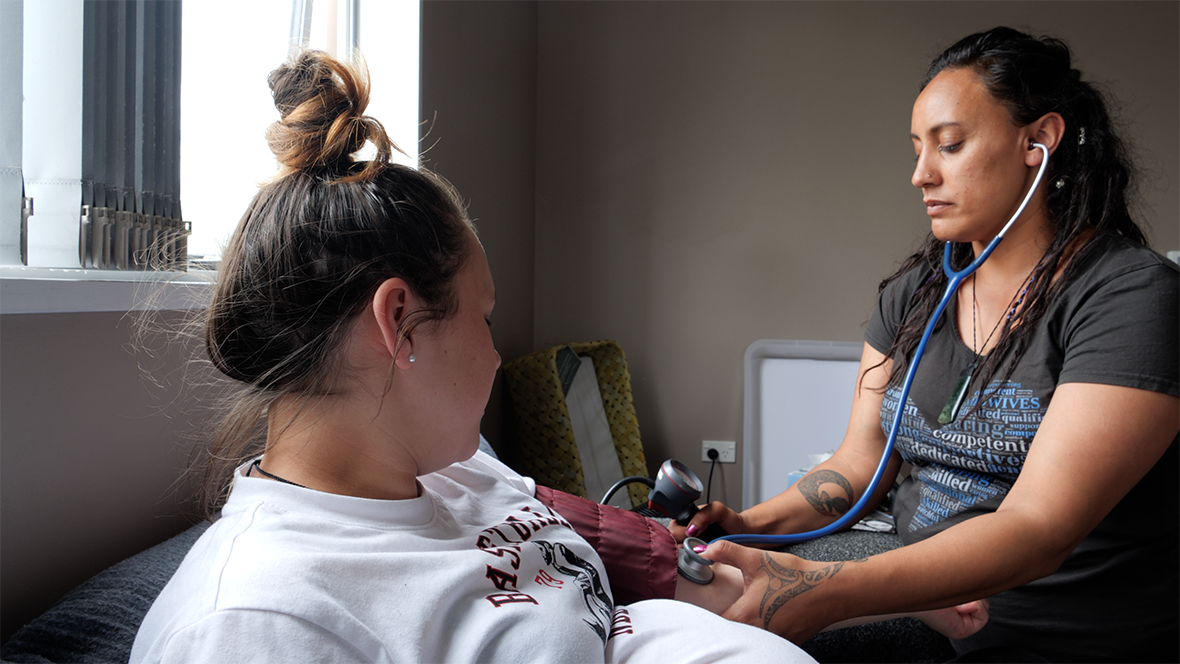 The case for midwifery: the potential of midwives for improving quality of care (World Health Organisation)

Continuity of Midwifery Care and outcomes – a synopsis

Continuity of care midwifery care is defined as where the midwife is the lead maternity professional who plans, organises and provides maternity care from the time of confirmation of pregnancy through labour and birth and into the postnatal period.

Kildea et al. (2018) reviewed women’s stress and emotional reactions (depression and anxiety) following a sudden onset flood in a severely affected area of Queensland Australia. They examined the differences between continuity of care and standard care, finding that women who received continuity of care had low depression scores and objective and subjective stress scores. Similar results were seen with anxiety scores at 6 weeks post-partum. They conclude that continuity of midwifery care appeared to provide a protective or mediating effect on the woman’s emotional health. Simcock et al. (2018) explored the outcomes for the babies of 115 women who were affected by the sudden onset flood during pregnancy.  They found that women who received continuity of midwifery care had infants with significantly better outcomes developmentally at 6 months when compared to women with standard care. These positive effects on the infant’s neurodevelopment were important and suggest that continuity of care can mediate the stress involved in sudden disasters for both the woman and her baby.

Allen et al. (2019) in their Australian randomised controlled trial found that women reported higher levels of emotional support, quality of care and felt actively involved in decision making when they had continuity of midwifery care. Similarly, Mortensen et al. (2019) examined the midwifery led continuity of care model in a low-middle income country finding that there was an association between receiving continuity of care and increased satisfaction with care through the continuum of pregnancy, intrapartum and postnatal care, improved the woman’s satisfaction with her care. They also found an increased duration of breastfeeding.

Callander et al. (2019) assessed the cost effectiveness of three different interventions known to reduce caesarean section rates when comparted to standard care. Using a Markov microsimulation model which looked at costs and quality adjusted life years (QALY), they found that continuity of midwifery care (caseload) would produce the greatest cost saving if implemented for all low risk nulliparous women in Australia and that caseload midwifery provided the best value for reducing caesarean section rates.  This was a similar finding to that of Tracy et al. (2013)in an Australian RCT involving 1748 women. This study found that maternity outcomes were similar except for the proportion of women having an elective caesarean section which was lower for women having midwifery continuity of care, with the cost of care per woman significantly lower than standard care.