Home About the College 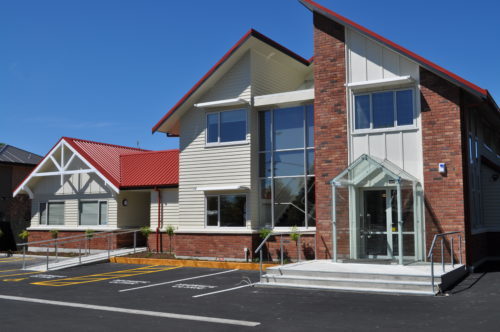 The New Zealand College of Midwives (the College) is the professional organisation and recognised ‘voice’ for midwives and student midwives in New Zealand.

The College represents more than 90% of all practising midwives and works in partnership with maternity consumer groups such as Plunket, Parents Centre New Zealand, the Home Birth Association and La Leche League to ensure high quality maternity services in New Zealand.

The College sets and actively promotes high standards for midwifery practice and assists midwives to meet these standards through involvement in midwifery education and the Midwifery Standards Review process.

The College, in consultation with its membership, has developed the Philosophy, Code of Ethics, Standards of Practice and Consensus Statements that guide the professional activities of midwifery practitioners. The College also provides Resolution Committees for consumers who have a concern about their midwife’s practice.

The College provides all new graduates with a mentored intern year called the Midwifery First Year of Practice (MFYP) Programme.

The College works in partnership with associated professional groups such as the College of Obstetricians and Gynaecologists, the NZ Society of Anaesthetists, the Royal College of GPs, and the Paediatric Society. It works with district health boards and all other agencies with an interest in maternity services, in order to implement Government strategies that will further improve maternity and midwifery services for New Zealand women and their babies.

The College represents midwifery and women’s health interests to government, health organisations, consumer groups and the general public. The College also plays an active role in midwifery worldwide through its work with the International Confederation of Midwives.

The New Zealand College of Midwives is the only professional membership body specifically for New Zealand registered midwives. The regulatory body is the Midwifery Council and is responsible for the protection of the health and safety of women and babies during the childbirth process by providing mechanisms to ensure that midwives are competent and fit to practise midwifery. The HPCAA (The Health Practitioners Competence Assurance Act) provides this regulatory framework.

The College promotes midwifery standards of practice and ongoing education courses for midwives once they are registered. It represents and advocates for midwifery and women’s health interests to government, health organisations, consumer groups and the general public.

The College in the regions:

The College has 10 geographic regions and five sub-regions in the smaller provincial centres. The regions function autonomously and have their own constitutions which align to the national College constitution.

Each of the regional chairpersons is part of the National Board (the governance body of the College) which meets three times a year.

The chairpersons therefore have a key role in raising regional midwifery related issues at a national level and ensuring that issues of national interest to midwifery are brought to the regions for comment and feedback.